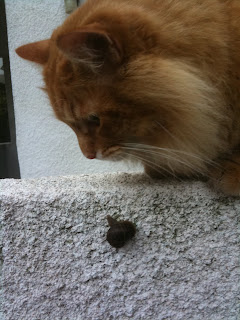 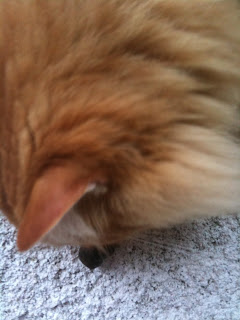 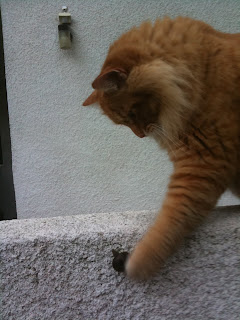 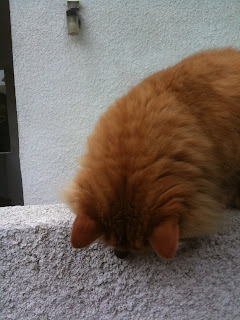 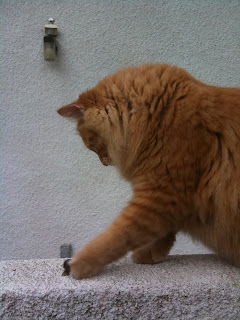 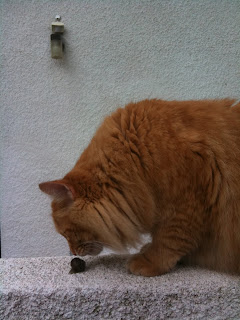 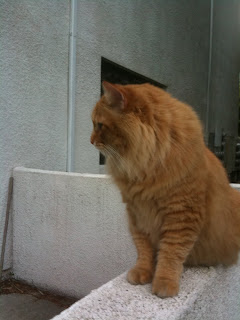 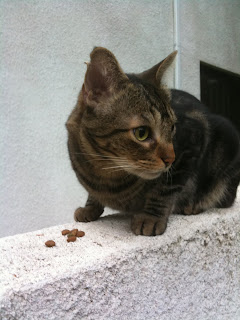 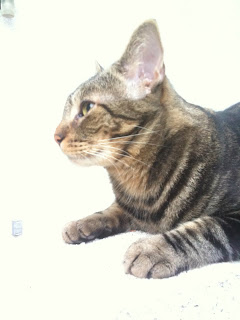 We read this after the real petit dejeuner, which consisted of yummy kitty tuna:

The outward powers are five: the power of sight, of hearing, of taste, of smell, and of feeling.
The inner powers are also five: the common faculty, and the powers of imagination, thought, comprehension, and memory."(BWF)

Ollie later told me that as a full-bred card-carrying feline he would not eat escargot but he wanted to demonstrate the interaction of outer physical and inner spiritual powers. "Is that so?", I exclaimed. He said yes with his hazel eyes!

Love and pawfuls of kisses to all but no escargots!

Ciao!
Posted by MrsLittleJeans at 12:35 PM