When the dust of day started to settle

gently riding on the softening rays of sun the two cat boys found themselves is somewhat of a trance.

Augustus the great was chatting with his own soul 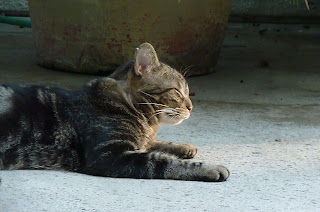 while Ollie was also trying to communicate with Augustus' soul, at one moment, 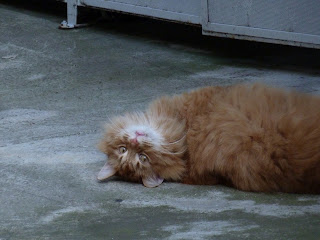 and then he gave up that idea for the more interesting idea of wrestling the planter.
Augustus noticed that! 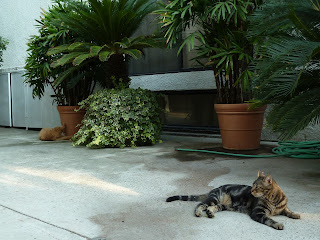 Wrestling the planter not entirely fulfilling he had the notion to come and do the same to his brother under the disguise of wanting to kiss the back of his neck, 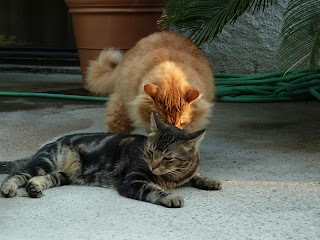 maybe a little peck on the cheek. 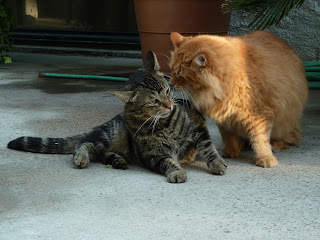 I warned Ollie to examine his intentions, and after 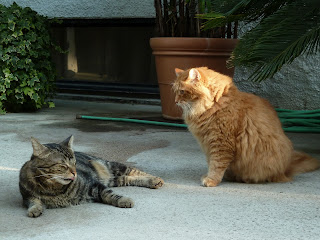 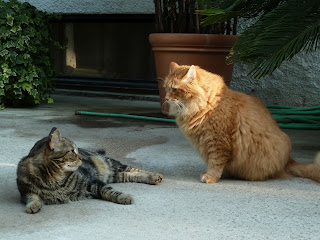 he gave in to his better self and sat next to his brother in a semi yinyan formation! 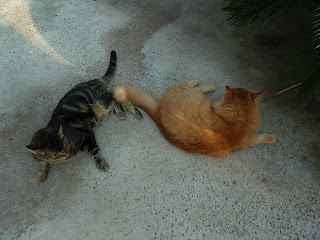 They assumed the posture of spiritual listening, which meant that I read to them while they turned their backs to me but left their ears pointed in the right direction, and 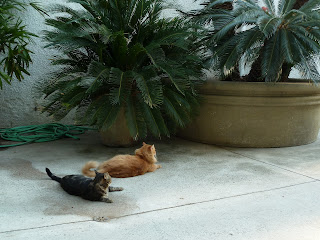 we reflected on this:

O SON OF BEING! Thou art My lamp and My light is in thee. Get thou from it thy radiance and seek none other than Me. For I have created thee rich and have bountifully shed My favor upon thee. (The Hidden Words)

Mr Sweet Pants then stood up and said Namaste to YOU. 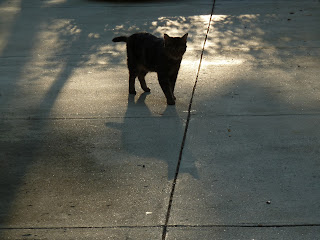 The light was still playing in the leaves of the raefus palm. 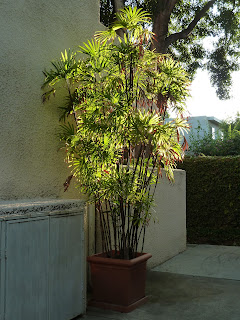 The crow was still singing on the distant tree. 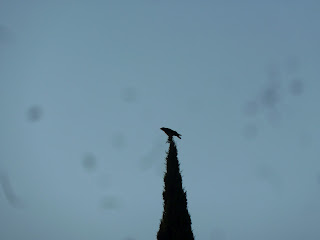 We all said Namaste!

Cat boys sent you pawfuls of kisses and their best wishes!

Ciao everyone!
Posted by MrsLittleJeans at 12:21 PM