twice in the cat fields

I was searching through the photographic journal of my times with the cat boys trying to decide which moments to share, a task that I always find very difficult to do.  Their every move is delightful to me.  In my heart I am constantly sighing and ooing and aahing.  I frequently squeeze them in my arms and kiss their cheeks.

Anyhow, the photos I chose are from last weekend when I had two separate dates with the cat boys in the catfields of our complex, the first with Mr Sweet Pants, who sat in the greens and let the light dance around him 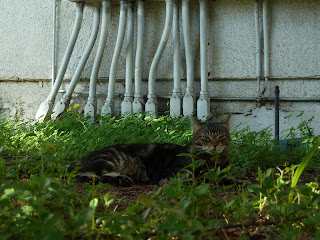 while he closed his eyes and tried hard to imagine if it could get any better than that.  I noted the metal pipes with electricity floating through behind him and wondered for a second at the oddity of the scene, the urban encroachment on his Serengeti but he did not mind, he knew it was all electricity and spectacular energy. 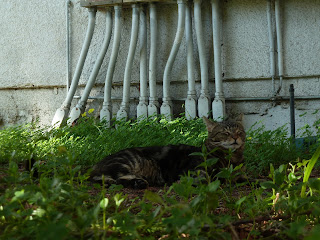 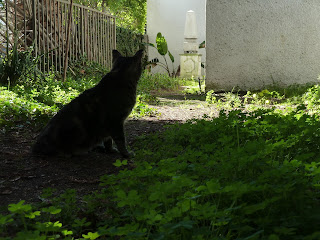 but whatever it was it looked very good to me. How every move is a photographic opportunity with these cat boys is beyond my comprehension! 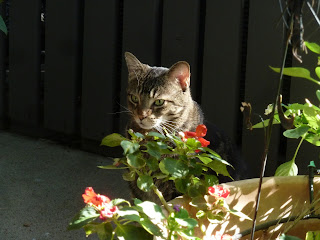 Later the same afternoon I was led by Mr Puffy Pants 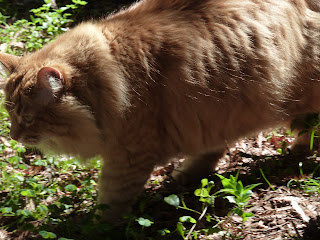 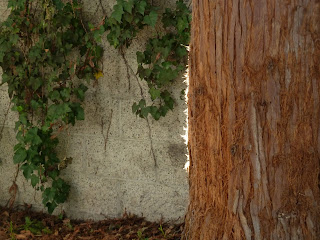 we had some one on one. 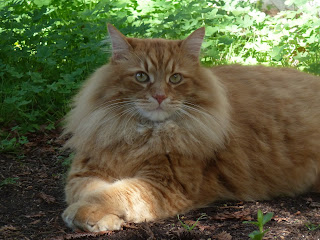 He said that he was listening and so I talked and he listened. 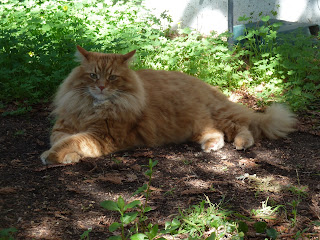 The moments were so precious that I truly don't recall what the conversation was...I have heard of this condition.

Perhaps I asked him not to sneak attack his brother, or could it be that we both remembered the morning prior when the branches above were filled with music. 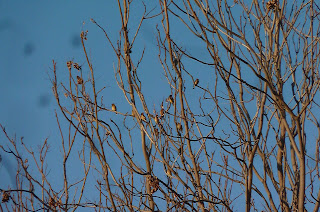 We may have even had profound discourses of spiritual significance.  We may have talked about the physics of love and how when we gazed at each other with love our energy fields constructively interfered with each other creating powerful transforming waves.

"A drop of the billowing ocean of His endless mercy hath adorned all creation with the ornament of existence, and a breath wafted from His peerless Paradise hath invested all beings with the robe of His sanctity and glory.  A sprinkling from the unfathomed deep of His sovereign and all-pervasive Will hath, out of utter nothingness, called into being a creation which is infinite in its range and deathless in its duration.  The wonders of His bounty can never cease, and the stream of His merciful grace can never be arrested.  The process of His creation hath no beginning, and can have no end. (Gleanings)

which he readily understood just by looking through my eyes. 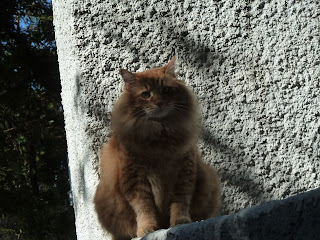 Cat boys sent pawfuls of kisses and their best wishes for a happy weekend. Ciao everyone!
Posted by MrsLittleJeans at 9:04 AM