is already here and I for one am not sure what I expected it to bring.  I'd have to admit that it has fulfilled much or all of what it promised to bring- the heat, the peaches, the strawberries, the fires, the melons, corn and cucumbers, TOMATOES, squash, salty waves, summer skies, long light days.... that is a lot, isn't it?  And there is more, plenty more, to enjoy and to be thankful for!


Cat boys were playing about.  I always wish that there would be a way for me to monitor their every move...how much could they play?  The moment I announced to the invisible boys that it was time to pow wow, one peeked from the crack between the two walls... 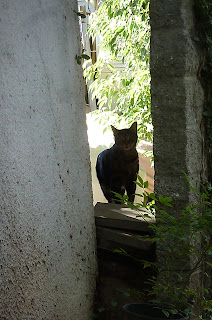 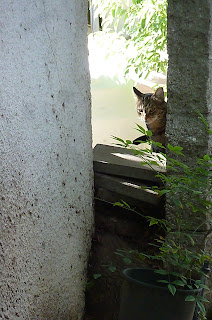 and the other stood ready... 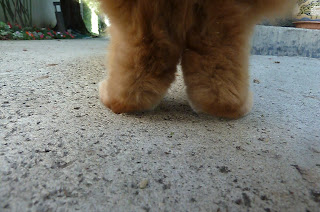 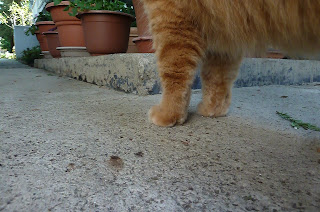 waiting for the cue to sit, where, here, there? Who is back there? 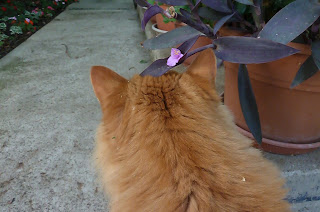 He sat and assumed the posture of patiently awaiting while his eyes were making an entirely different statement, such as, "I will bite you when we are done". 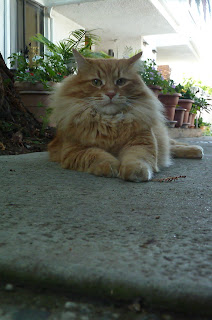 Seeing those cat feet I realized that I was not expecting the heat, the fruits, the fires, the ocean and all the fun to be had...I knew those.  I wanted to be better and I did not know how.

The cat boys meowed in unison:

"Let each morn be better than its eve and each morrow richer than its yesterday..."- Baha'u'llah

We wished for all a morn better than its eve and a morrow richer than its yesterday.  They filled their paws with a greater number of kisses, which they blew in the air for you.

Ciao everyone!  Happy 4th!
Posted by MrsLittleJeans at 10:00 AM