"If I wrote down all of my feelings for you" 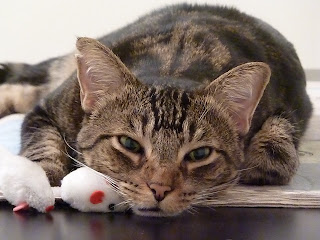 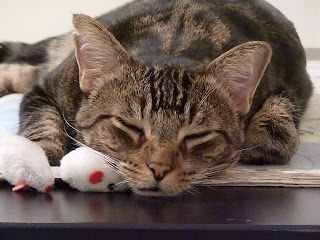 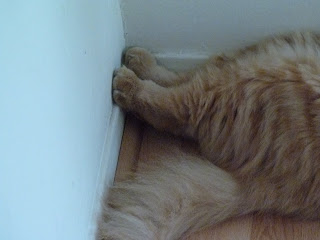 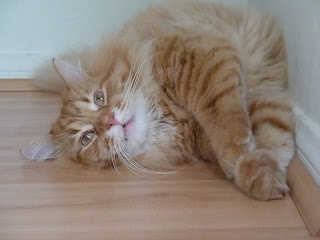 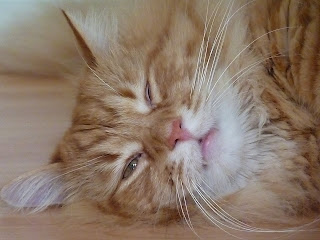 gave in to the heat!
I read to them a short story:
Once the rats and mice held an important conference the subject of which was how to make peace with the cat. After a long and heated discussion it was decided that the best thing to do would be to tie a bell around the neck of the cat so that the rats and mice would be warned of his movements and have time to get out of his way. This seemed an excellent plan until the question arose as to who should undertake the dangerous job of belling the cat. None of the rats liked the idea and the mice thought they were altogether too weak. So the conference broke up in confusion. (Portals to Freedom)
and played for them music to boost their self-esteem.

Cat boys filled their paws with kitty kisses and blew them in the air for all the wonderful yous!

Ciao everyone!
Posted by MrsLittleJeans at 1:40 PM