the naughtiness (when Ollie stayed out all night) they were developing their emotional capacities in order to reach their heavenly heights...I am going to refrain from describing the photos because they are self evident 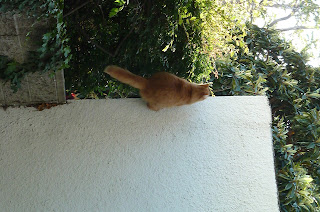 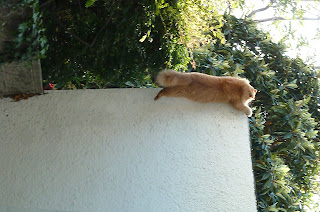 except here where I like to highlight Ollie's stretched out leg that is so cute, 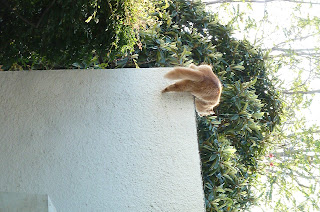 and here where I like to highlight Ollie's precious look examining a bit of his fur that had got caught on the wall when he was scaling it, 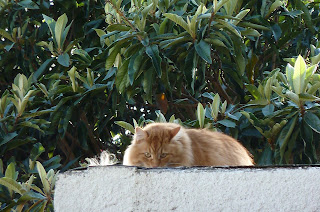 and here, where Mr Sweet Pants could not be more adorable trying to take a peek on the other side, 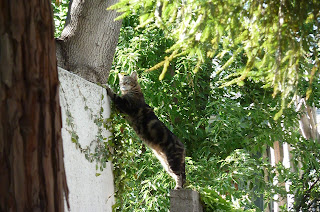 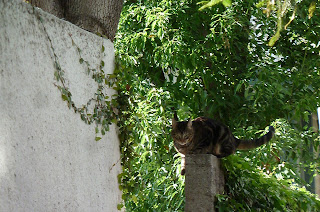 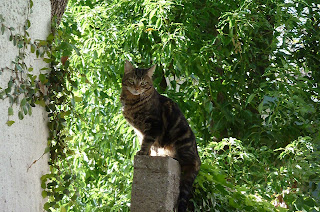 so he can turn around 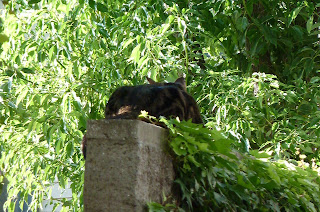 and watch his own bird! 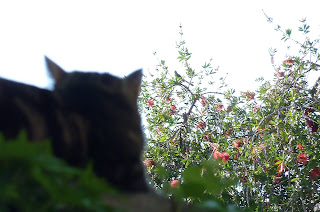 It occurred to me that cats would make great employees in their anxiousness to go to work; however, we would have to put up with their independence and originality.

We reflected upon this passage from various corners of the courtyard:

"Sense-perception gives rise to desire, desire to will, will to action, and action again to sense-perception. This chain ever repeats itself, and so the powers of thought, memory, reason, and the emotional capacities are evolved in spirit. These power and capacities of spirit, expressed in individual human beings, constitute human characters.

Through these successive evolutionary steps, spirit develops characters having Divine attributes. The positive, creative aspect of God is reflect in them. Individuality is derived from expression in individual form. Self-consciousness accompanies individualised character, and the being thus endowed has the potentiality of rising to the knowledge of God."  Compilation,Abdul Baha

Wishing you all an outstanding Thursday.  Cat boys sent kisses and best wishes!

Ciao everyone!
Posted by MrsLittleJeans at 10:04 AM