It was several days before today...

I was reading about Einstein's cat who would become melancholic when it rained several days in a row.  I try to stimulate the cat boys both mentally and physically in order to make sure that they don't suffer from depression.

This morning they ran out in the rain like brave little rain cats and galloped around.  Then they came home wet and dirty, mud all over their little paws. They were very proud to be the only rain cats in the neighborhood.

A few days earlier MrSweetPants decided to test his brother MrPuffyPants, to see how prepared he was for the unexpected.  He sneaked into the neighbor's patio yard and peeked through the drain hole, first from afar 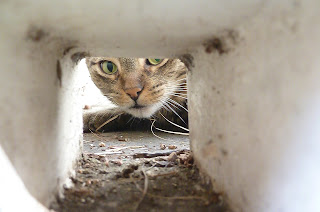 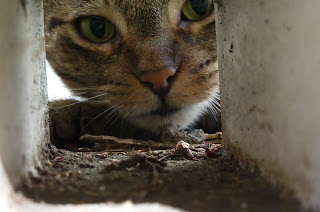 MrPuffyPants was walking in his own world, unmindful 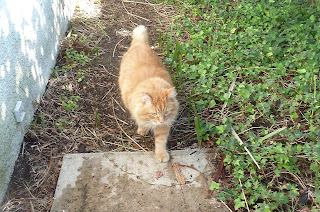 when he felt Augustus' gaze on his paws through the hole.   He stopped 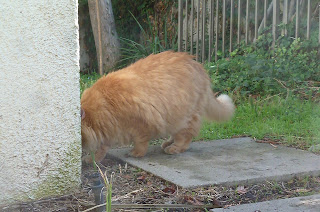 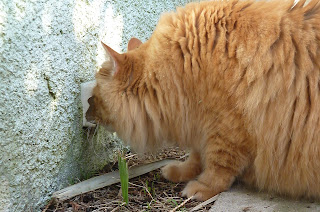 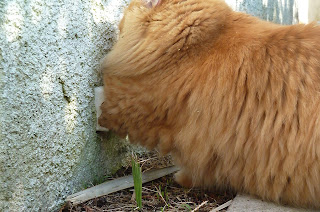 MrPuffyPants passed the test.
I was reminded of this quote by Louis Pasteur, which I did not share with them because there was no need to.


"Where observation is concerned, chance favors only the prepared mind."

Little cat boys then went about their business and blew kisses your way while walking away. 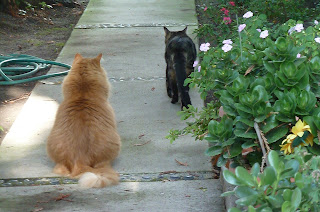 They make a lovely pair of scientists in our opinion. 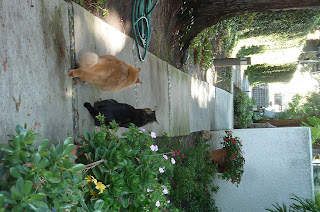 Wishing all a delightful weekend! Ciao everyone!
Posted by MrsLittleJeans at 12:22 PM