"in the sphere of that which is relative"

Last night I attended a talk on the general theme of religion and psychology- more specifically a connection between Freud's transference theory and the process of God understanding in the human psyche. I can only say that it was very interesting.

Naturally I would and I have shared the themes of this talk with the cat boys as I always do but the situation today is this. I have no photos of that conversation.

I therefore allowed myself to roam into the sphere of that which was relative and selected photos from the weekend past when the sun was shinier and the skies brighter. 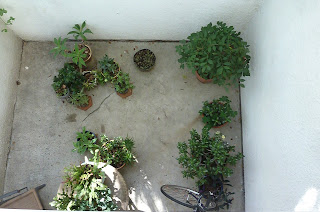 cat boys to demonstrate that I was still the same person.
Gus meowed to let me know that he knew who I was. 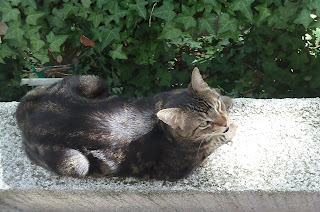 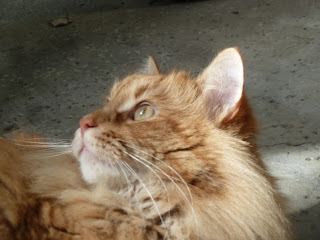 and then processed the thought in his head. ( I noticed a question mark or an exclamation point) 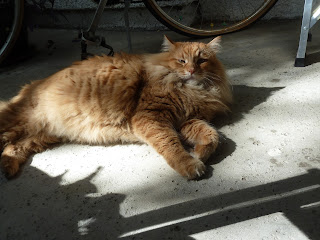 Back down on the first level Mr Sweet Pants was in a contemplative posture, 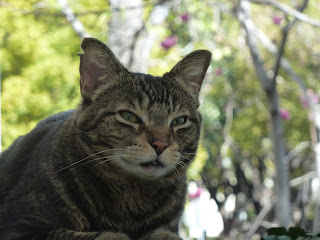 the tulip tree behind him was in full bloom, 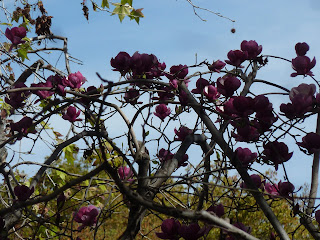 and as I looked above I saw the underside of the leaves of the plant on our third floor against the white of the stucco and the blue of the blue weekend skies. 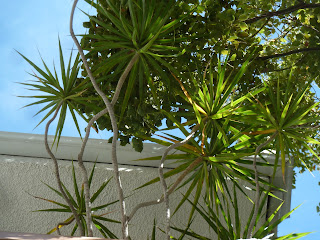 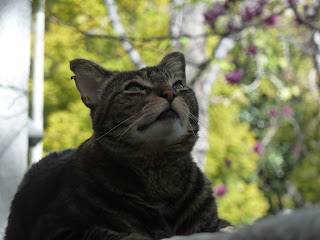 and then closing his eyes to not let the pictures escape. 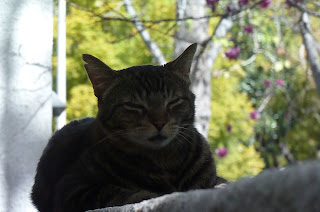 Mr Puffy Pants was starting to wonder if something was going on here. 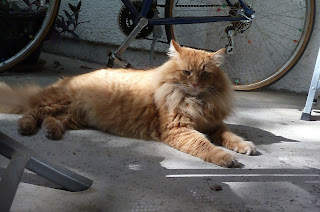 As he looked back one way 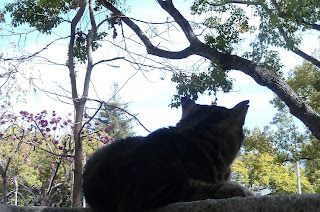 and he looked forward toward the other 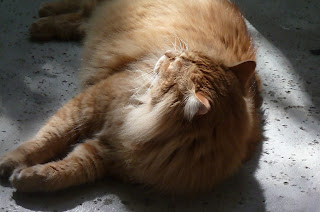 I shared with them this,

"Although a brief example hath been given concerning the beginning and ending of the relative world, the world of attributes, yet a second illustration is now added, that the full meaning may be manifest. For instance, let thine Eminence consider his own self; thou art first in relation to thy son, last in relation to thy father. In thine outward appearance, thou tellest of the appearance of power in the realms of divine creation; in thine inward being thou revealest the hidden mysteries which are the divine trust deposited within thee. And thus firstness and lastness, outwardness and inwardness are, in the sense referred to, true of thyself, that in these four states conferred upon thee thou shouldst comprehend the four divine states, and that the nightingale of thine heart on all the branches of the rose tree of existence, whether visible or concealed, should cry out: "He is the first and the last, the Seen and the Hidden...." (The Seven Valleys and the Four Valleys)


which they truly enjoyed.

We have rain here, we are on the slanted side of the week and we think that it is a good place to be.  Cat boys sent you all pawfuls of kisses...


PS- for those interested in the topic concepts and passages from this book and this book were discussed in the talk I attended.
Posted by MrsLittleJeans at 10:19 AM