I had a dream (not MLK silly goose) 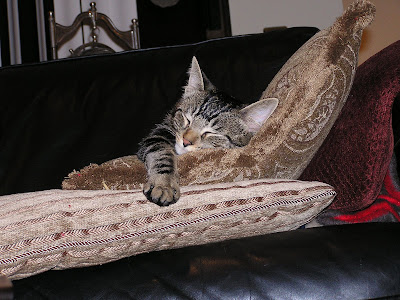 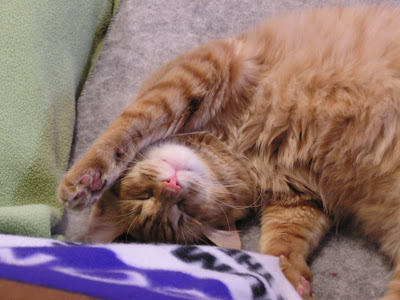 I dreamt last night, clear as day, and I often do. Sometimes however I am so busy in my dream that my head hurts in the morning. I think this was one of those mornings and as I was pondering what to share it occurred to me that it had to do with dreams and dreaming.

Augustus and Ollie, also dream, and they make little jumps or little cute noises. They have such busy souls, God bless them.

Here's our reading for today...

'...It is clear that when man is thinking, it is as though he were consulting with some other person. With whom is he consulting? It is evident that it is another reality, or one aside from this body, with whom he enters into consultation when he thinks, “Shall I do this work or not?” “What will be the result of my doing this?” Or when he questions the other reality, “What is the objection to this work if I do it?” And then that reality in man communicates its opinion to him concerning the point at issue. Therefore, that reality in man is clearly and obviously other than his body—an ego with which man enters into consultation and whose opinion man seeks.
Often a man makes up his mind positively about a matter; for instance, he determines to undertake a journey. Then he thinks it over—that is, he consults his inner reality—and finally concludes that he will give up his journey. What has happened? Why did he abandon his original purpose? It is evident that he has consulted his inner reality, which expresses to him the disadvantages of such a journey; therefore, he defers to that reality and changes his original intention.
Furthermore, man sees in the world of dreams. He travels in the East; he travels in the West; although his body is stationary, his body is here. It is that reality in him which makes the journey while the body sleeps. There is no doubt that a reality exists other than the outward, physical reality. Again, for instance, a person is dead, is buried in the ground. Afterward, you see him in the world of dreams and speak with him, although his body is interred in the earth. Who is the person you see in your dreams, talk to and who also speaks with you? This again proves that there is another reality different from the physical one which dies and is buried. Thus it is certain that in man there is a reality which is not the physical body. Sometimes the body becomes weak, but that other reality is in its own normal state. The body goes to sleep, becomes as one dead; but that reality is moving about, comprehending things, expressing them and is even conscious of itself.
This other and inner reality is called the heavenly body, the ethereal form which corresponds to this body. This is the conscious reality which discovers the inner meaning of things, for the outer body of man does not discover anything. The inner ethereal reality grasps the mysteries of existence, discovers scientific truths and indicates their technical application. It discovers electricity, produces the telegraph, the telephone and opens the door to the world of arts. If the outer material body did this, the animal would, likewise, be able to make scientific and wonderful discoveries, for the animal shares with man all physical powers and limitations. What, then, is that power which penetrates the realities of existence and which is not to be found in the animal? It is the inner reality which comprehends things, throws light upon the mysteries of life and being, discovers the heavenly Kingdom, unseals the mysteries of God and differentiates man from the brute. Of this there can be no doubt...."(Abdul Baha)

Well, I wish you happy dreams...light ones that cheer your heart and enlightening ones that help you solve mysteries.

Ciao!
Posted by MrsLittleJeans at 11:56 AM