"The sphere of that which is relative"

This morning appeared to me to be one of those "same thing, same place, same time" type of days. I said boys, what's up, this is exactly the same thing we did yesterday.

Augustus said: "Mama, meow, just follow me!"
And so I did. We walked down the street, me flash light in hand, he, taking a few steps, and examining left and right as we walked toward our unkept house.
He suddenly stopped and said: "Mama, look! Ginger is by that unkept yard!"
I said, so what is so different about this. The only thing is that yesterday Ginger dashed in front of me and you joined later but we ended up at the same unkept yard. 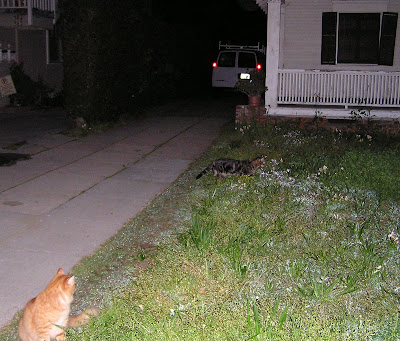 Augustus said: "Mama, we live in a relative world and you are comparing too much instead of living each day for itself."
I thought to myself, wow, my 1.5-year old cat is a philosopher now. At this very instant when the thought dashed in my head Augustus said: " I want you to read page 27 of the book called Seven Valleys and Four Valleys." 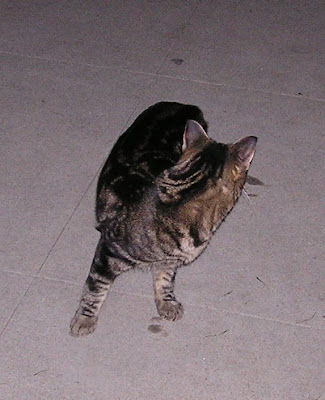 And so we hung around for a while and returned home for our daily reading. 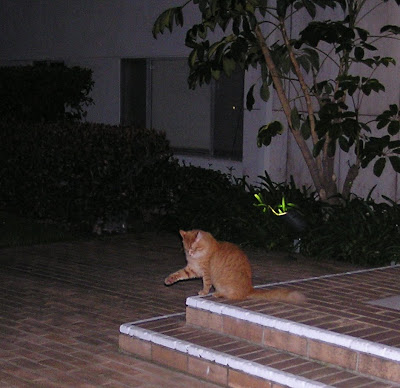 "Although a brief example hath been given concerning the beginning and ending of the relative world, the world of attributes, yet a second illustration is now added, that the full meaning may be manifest. For instance, let thine Eminence consider his own self; thou art first in relation to thy son, last in relation to thy father. In thine outward appearance, thou tellest of the appearance of power in the realms of divine creation; in thine inward being thou revealest the hidden mysteries which are the divine trust deposited within thee. And thus firstness and lastness, outwardness and inwardness are, in the sense referred to, true of thyself, that in these four states conferred upon thee thou shouldst comprehend the four divine states, and that the nightingale of thine heart on all the branches of the rosetree of existence, whether visible or concealed, should cry out: “He is the first and the last, the Seen and the Hidden….”
These statements are made in the sphere of that which is relative, because of the limitations of men. Otherwise, those personages who in a single step have passed over the world of the relative and the limited, and dwelt on the fair plane of the Absolute, and pitched their tent in the worlds of authority and command—have burned away these relativities with a single spark, and blotted out these words with a drop of dew. And they swim in the sea of the spirit, and soar in the holy air of light. Then what life have words, on such a plane, that “first” and “last” or other than these be seen or mentioned! In this realm, the first is the last itself, and the last is but the first.
In thy soul of love build thou a fire
And burn all thoughts and words entire.
O my friend, look upon thyself: Hadst thou not become a father nor begotten a son, neither wouldst thou have heard these sayings. Now forget them all, that thou mayest learn from the Master of Love in the schoolhouse of oneness, and return unto God, and forsake the inner land of unreality for thy true station, and dwell within the shadow of the tree of knowledge..."

What do you think you are doing in this relative world?

-m
Posted by MrsLittleJeans at 9:08 AM