All my photos were blurry this morning,

too early for my tired eyes, especially since a certain chubby kitty who shall remain unnamed made sure to wake me up once at 2 and once at three for a nuzzle session. I made sure to wake up at 4 myself thinking another round was coming up. Nope, I was wrong!
I was dragged out to the street with this fellow to play cat games (neighbors are sure I am crazy) 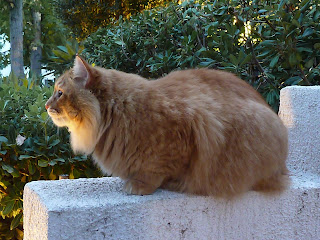 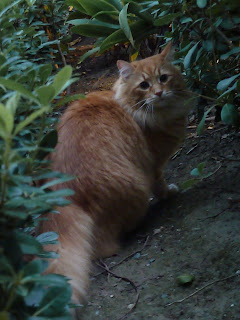 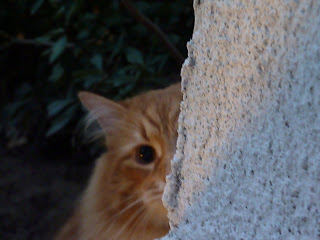 Augustus was not out and about and then suddenly appeared out of thin air- his photo was blurry, so no pictures. He said that he was ready to go in. I praised the lord instantly!
Mr PuffyPants followed suit and I praised the lord again...to what do I owe such kindness, I did not have to open my book of cat-hunting tricks to get these doodles to return home.
Indoors, they gathered in their study area, which is in a state of disarray because we are doing the bathroom ceiling (again). 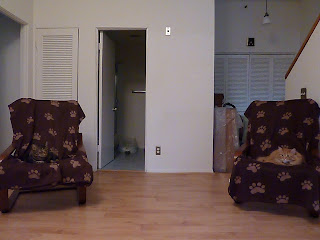 We decided to read a few lines so they could reflect on it during the day. Mr PuffyPants assumed the posture of meditation.... 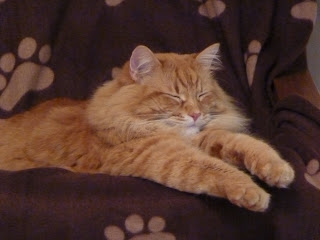 The Mystery of Sacrifice
"O maid-servant of God! The mystery of sacrifice is that man should sacrifice all his conditions for the divine station of God. The station of God is mercy, kindness, forgiveness, sacrifice, favour, grace and giving-life to the spirits and lighting the fire of His love in the hearts and arteries. I asked God to make thee a sign of mercy, the banner of kindness among His maid-servants." Tablets of Abdu'l-Bahá, v. I, p. 65 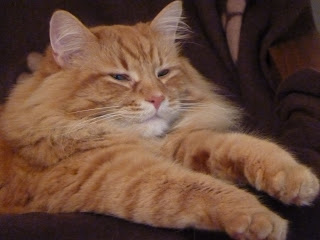 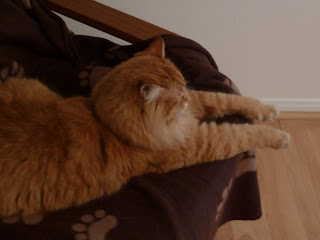 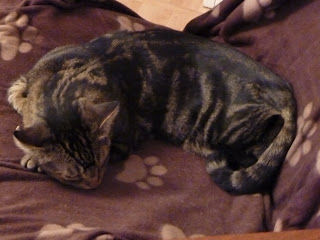 And there we have it, two relaxed boys, pawfuls of kitty kisses blown in the air, this will be a great Friday indeed!

Ciao everyone!
Posted by MrsLittleJeans at 9:24 AM