I really could use enhanced perception...

A certain tree outdoors looked like this and I found it so pleasing that I had to have it captured for the blog and the cat boys' viewing; however, the real show was indoors. 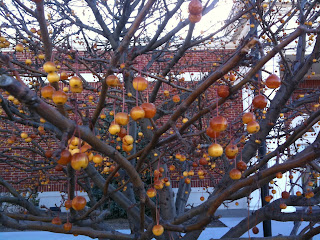 When I saw Augustus sitting on the bed with this look in his eyes...well, I knew something was up with these boys! 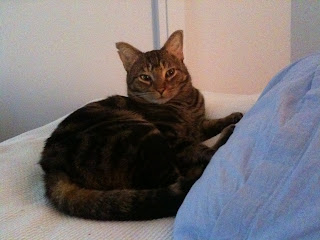 Ollie was modeling his Christmas scarf, 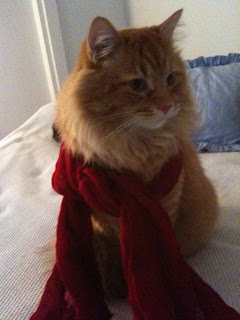 and asking August what he thought of it...was it slimming, did it bring out the hazel in his eyes? 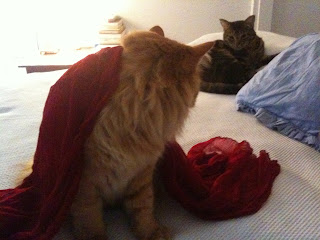 August approved of the look 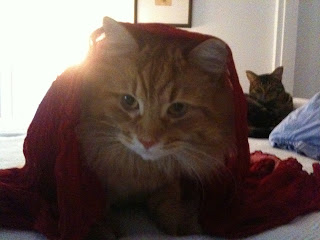 but suggested that Ollie wear the scarf more around his neck, like this: 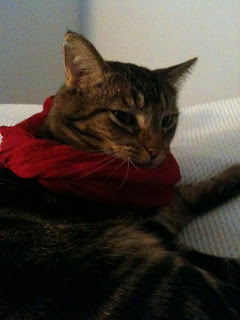 This was new to me and I went down to think what was up. I thought it was best to play cool and let them have their fun. Upon returning upstairs I witnessed this: 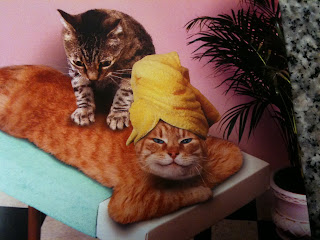 (actually this is not them but that is what they were doing)
Really, all I could do was to leave them with this reading, which they accepted to study jovially.

"Know thou, verily, insight (or mental perception) seeth that which sight (or physical perception) seeth not and apprehendeth that which the body perceiveth not, inasmuch as the sight seeth the mirage as water, the images pictured in the mirror as a reality and genuine, and it seeth the earth as stationary, the great stars as small. But the insight correcteth the mistake of the sight and apprehendeth the reality and seeth that the mirage is not water, that the images pictured in mirrors are naught else save mere reflections, that the earth is moving and the distant stars are great. Consequently, the truth of insight, its effectiveness and power is proven, as well as the weakness of sight, its inefficiency and defects." Selections AB

As I was heading downstairs and back to work I heard smooching sounds, I knew the catboys were filling their paws with little kisses and blowing them in the air to wish you a lovely Friday and weekend!

Ciao everyone!
Posted by MrsLittleJeans at 8:50 AM