Rather early this morning, five-thirtyish, I was out with the doodles. I had stuff on my mind, thinking how much I liked to be able to see 'outside the box' so to speak, to have acute foresight, insight, ??.
Too dark...I need a lighter sky, 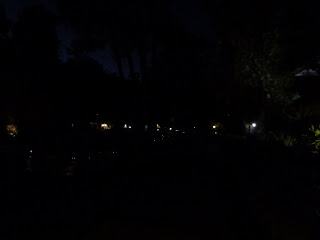 this corner pointed out to me by the boys looked more interesting. 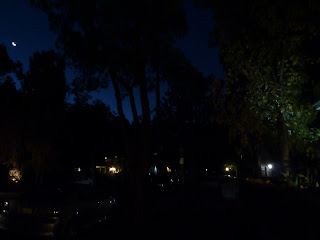 Augustus assumed the snack-eating posture, both he and Ollie enjoy receiving a few treats at designated treat stations. 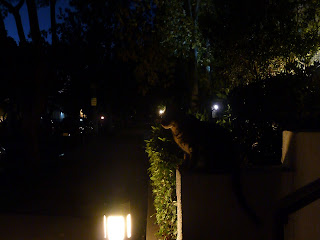 I was impressed by the clear skies, the shiny Jupiter! Not bad for being right in the middle of a city, wishing I had my loaner telescope handy. 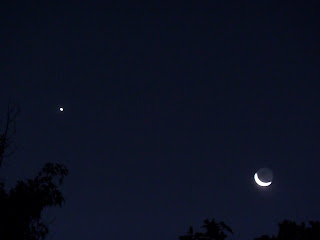 We did the usual walk down the street, Augustus likes to lead while I pull on his tail once in a while, Ollie likes to hang behind to make sure all is safe, that little boy is still a baby! 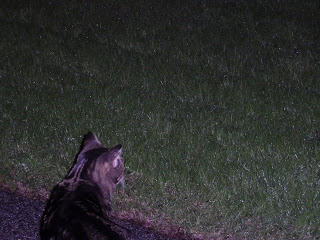 There he is, Gussy Gus, scoping the street to make sure it is alright to walk, 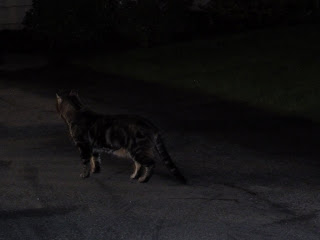 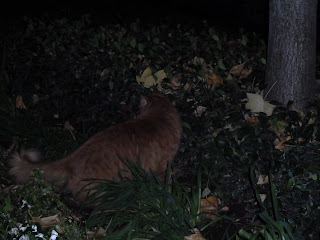 Back in our courtyard, still dark, I admire Gus, his shadow, we continue to talk about increased perception, this, that and other discourses of spiritual significance. 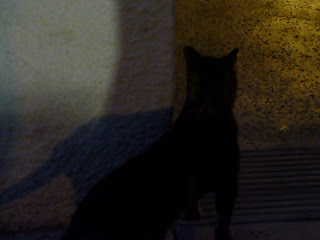 Some time later, perhaps 15 minutes later, it is light, Ollie was fascinated by how the light was turned on, me too in fact!!! 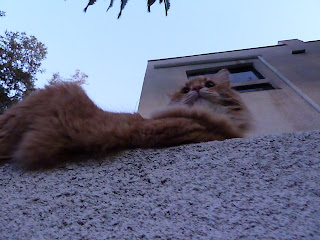 I grabbed the foofer and the puffy pants and brought them in quickly before the usual courtyard noises started...they were caught off-guard by my efficiency and not so happy! Heh heh! 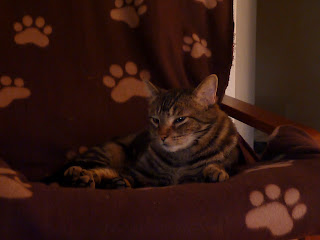 Ollie wanted to know what all the discussion of boxes all about, he was interested to know if there were some treats hiding in the box or outside the box. He said that foresight is great if it lets him find treats. I was blown away by his intelligence! 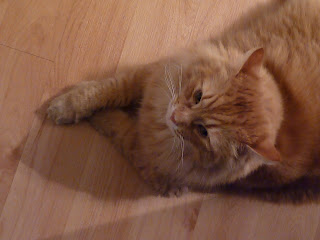 The two of us prayed; 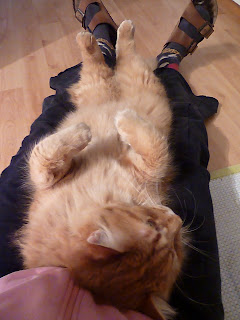 I was wondering if pussycat would like to have some pink boots; 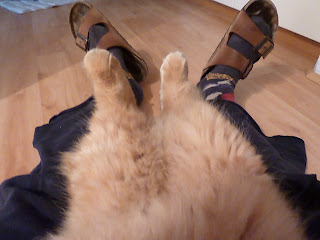 I had to comb his luscious fur; 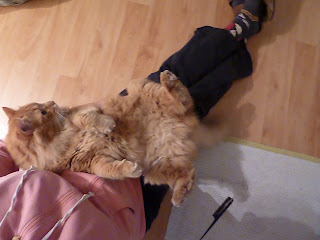 he told me that he is now going to do a flip, somersault and land on kitty dad (which he did and I heard a UUHH). 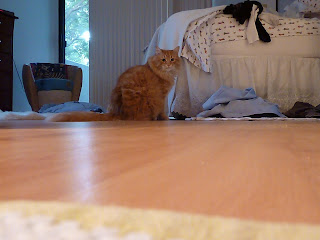 After showering I found him on his director chair, 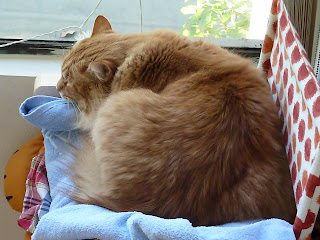 I think he was dreaming of treats! 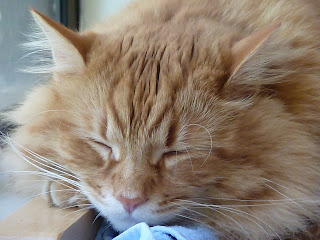 Downstairs was this tired boy, 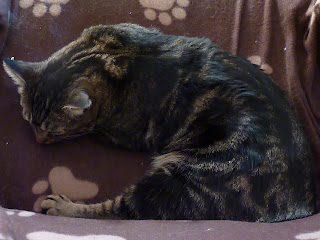 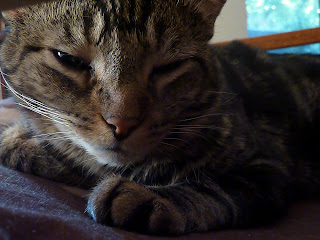 this passage that we read together:

Seeing the puzzled look on my face Gussy assured me that we would continue our discourse on improving perception later!
Before starting their morning siesta catboys filled their paws with the usual sweet kisses and blew them in the air for YOU!

Ciao everyone!
Posted by MrsLittleJeans at 8:39 AM