that the cat boys have sighted a prey! And you might be right!
MrSweetPants barely moved when he heard or saw something that I could not see. A low crouch 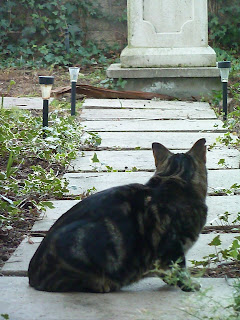 got MrPuffyPants all excited, his eyes wide open, surely it must be a monster! 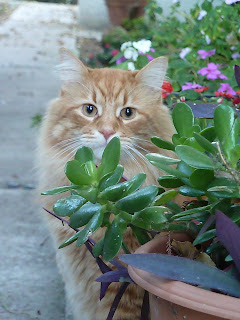 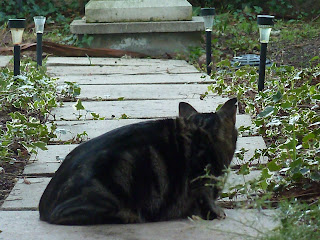 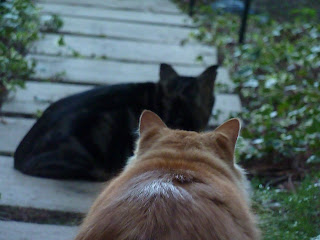 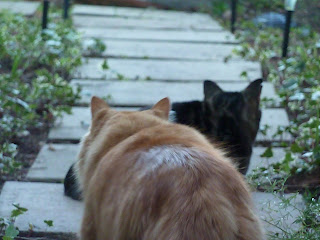 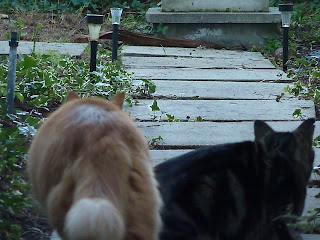 Kitty boys lunge toward the invisible monster and then pretend that he escaped.
I think they were just playing, that is a big part of what they do each day besides making kisses and sending out love messages to people. 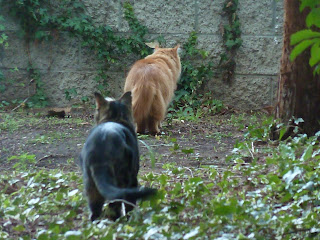 The precious dudes wanted to meditate on LOVE and so I found these quotes, which they enjoyed tremendously.

"Love is the highest law in this great universe of God. Love is the law of order between simple essences, whereby they are apportioned and united into compound substances in this world of matter. Love is the essential and magnetic power that organizes the planets and the stars which shine in infinite space. Love supplies the impulse to that intense and unceasing meditation which reveals the hidden mysteries of the universe."
Abdul-Baha, Persian spiritual teacher
"Driven by the forces of love, the fragments of the world seek each other so that the world may come to being."
Pierre Teilhard de Chardin
We are nearing the end of one year and the beginning of another. "May love rule", roared the kitties!

Ciao everyone!
Posted by MrsLittleJeans at 11:58 AM