Under the Super Blue Skies, 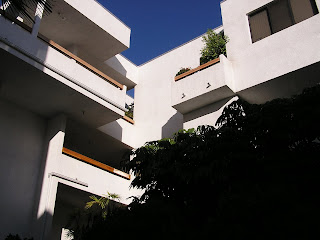 Ollie and I set out to venture in the courtyard! 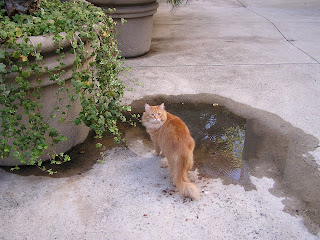 We agreed that he would sniff and I would take the pictures. 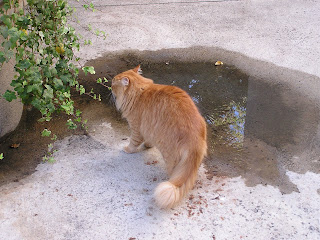 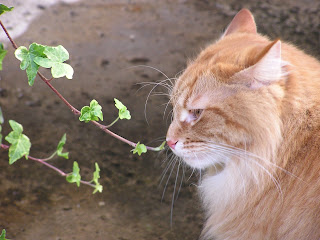 A bird felt it was safe to fly right by us, 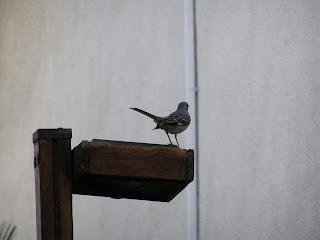 and hop from perch to perch to try to get Ollie's attention, 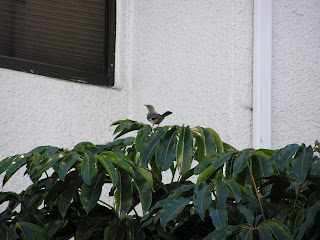 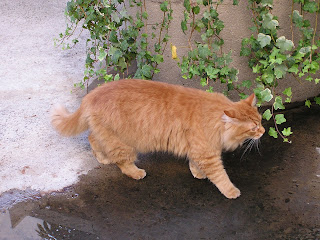 He also threw a lazy glance at 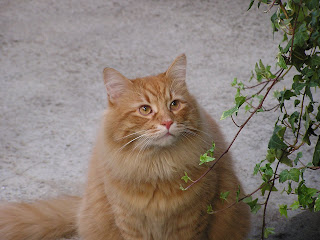 the pesky squirrel who indeed had outgrown his britches! I said you better be careful little beast, no one knows what stirs under this calm exterior! 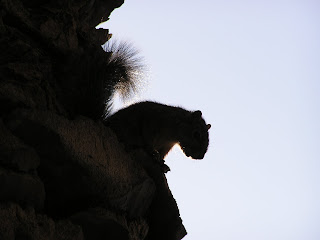 Uninterested at that moment, 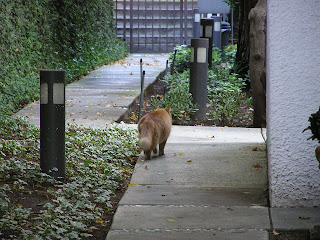 Ollie turned his back to the squirrel too, and walked away. 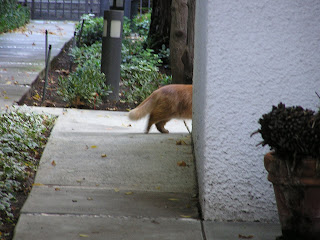 Sometimes he is very pensive, and that really confuses me. So we read together this...

When we ponder over the reality of the microcosm, we discover that in the microcosm there are deposited three realities. Man is endowed with an outer or physical reality. It belongs to the material realm, the animal kingdom, because it has sprung from the material world. This animalistic reality of man he shares in common with the animals.The human body is like animals subject to nature’s laws.

But man is endowed with a second reality, the rational or intellectual reality; and the intellectual reality of man predominates over nature. All these sciences which we enjoy were the hidden and recondite secrets of nature, unknowable to nature, but man was enabled to discover these mysteries, and out of the plane of the unseen he brought them into the plane of the seen.

Yet there is a third reality in man, the spiritual reality. Through its medium one discovers spiritual revelations, a celestial faculty which is infinite as regards the intellectual as well as physical realms. That power is conferred upon man through the breath of the Holy Spirit. It is an eternal reality, an indestructible reality, a reality belonging to the divine, supernatural kingdom; a reality whereby the world is illumined, a reality which grants unto man eternal life. This third, spiritual reality it is which discovers past events and looks along the vistas of the future. It is the ray of the Sun of Reality. The spiritual world is enlightened through it, the whole of the Kingdom is being illumined by it. It enjoys the world of beatitude, a world which had not beginning and which shall have no end.
That celestial reality, the third reality of the microcosm, delivers man from the material world. Its power causes man to escape from nature’s world. Escaping, he will find an illuminating reality, transcending the limited reality of man and causing him to attain to the infinitude of God, abstracting him from the world of superstitions and imaginations, and submerging him in the sea of the rays of the Sun of Reality.(Foundations of World Unity)

I then noted that Augustus had found the reading most interesting too and was listening from behind the bushes! 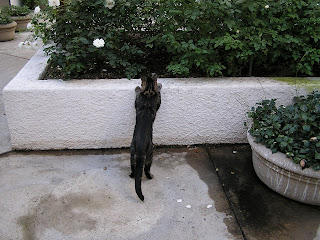 Cat boys hope that everyone caught a good turkey and had a delightful feast, and they send little kisses for your new week!

Ciao!
Posted by MrsLittleJeans at 3:04 PM