Taking a break from those sassy squirrels

was a good idea. We looked up as one of two birds flew in a gentle flutter right above our heads. 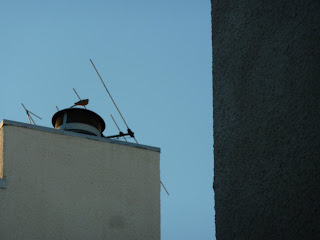 Augustus and Ollie said that they wanted to play Sherlock and though the cape and pipe were not here they still chose to play the investigative game. This time though they chose the neighbor home adjacent to their playground. The lovely lady who lives there sprinkles curry powder into the pots to keep the squirrels away and that is what the boys are trying to discover. 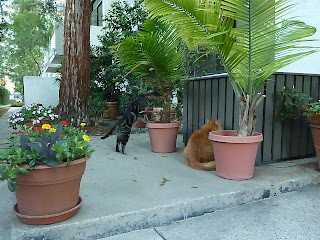 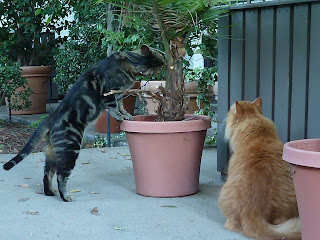 They can't quite put their paws on the aroma but apparently it induces pleasure or curiosity in the least. 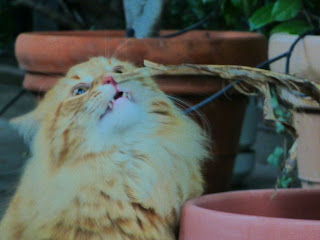 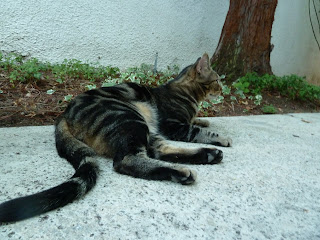 with a posture of active learning. We decided to follow yesterday's theme, 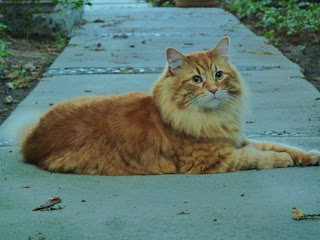 which concerned the nature of human potential, the happiness that results when that potential is realized, and how that is facilitated by developing the capacities of knowing and learning, especially in the field of service and not entirely in isolation.
Augustus suggested that faith was important in this transformative process, this realization of our potential.
I pretended that I was only mildly astonished and interested though inside I was thinking if there was a wise man hiding inside our Bubba Gus!
So we read:
"Basically, faith refers to an attitude towards the unknown or unknowable which ultimately enables one to approach it in a way that something more of it becomes known. It thus represents a special interplay of the two basic capacities of knowing and loving. In essence, faith means a loving of the unknown or unknowable- an attraction to whatever is unknown and a capacity to approach it." -Dan Jordan
Someone appears confused, and that makes two of us, I winked at Ollie! 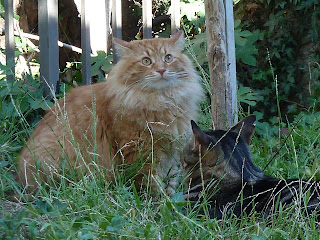 I suggested that we three ponder over this for a day or so before we think we had got it even though parts of me knew that Augustus had it all figured ou
The cat boys who appeared to be missing the squirrel action put their excess energy into making a lot of kisses, and they blew them forcefully in the air so much so that the palm leaves started blowing! 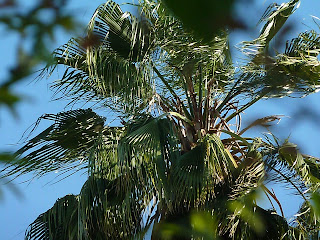 Wishing you a lovely Tuesday even if it feels like a Wednesday!
Ciao everyone!
Posted by MrsLittleJeans at 11:37 AM

Labels: Dan Jordan, On becoming your true self