It all started innocently this Friday morning...

Ollie, aka Ginger or Puffy Pants, on one side, 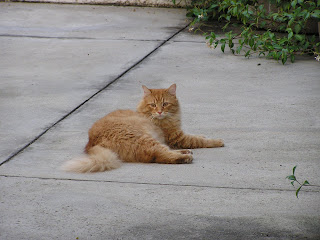 and Augustus the babe on the other...just out the door, checking out and about. 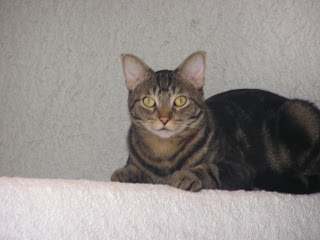 I sense upcoming naughtiness. Some thought is brewing in Ginge's head. 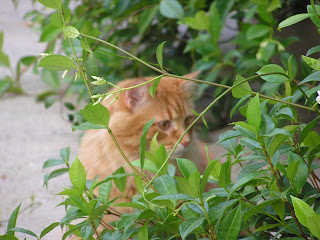 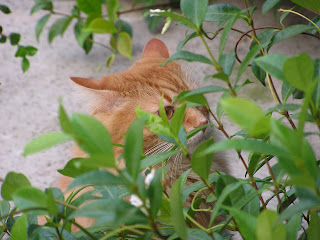 Ginge leads Mummy to a new site, and apparent calm resumes, but does it really? No, I can read that face any day, any time. I know this boy. 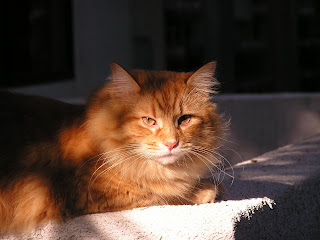 Yup! There we go. Investigation is about to commence. 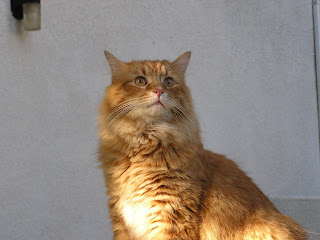 He casually climbs at least 8 feet up the redwood, and jumps on the garage roof next door. 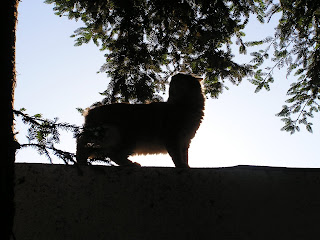 Wants to get back on the tree because the object of his desire is higher up the tree. 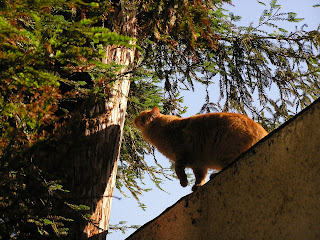 And so he climbs, up the tree, one branch after the other. 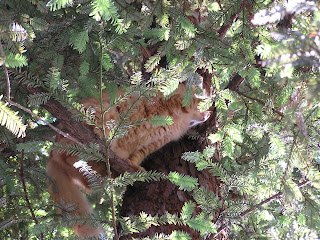 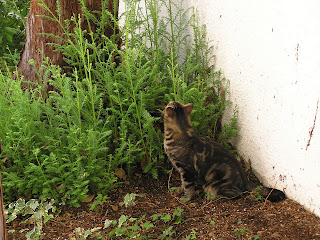 Listening to his Mummy's pleas for return, Ollie decides to return but climbing down head first is not very easy. 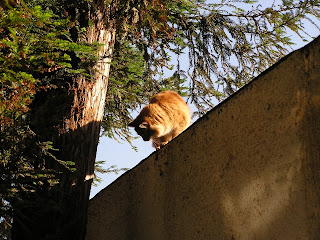 Mummy leads him to a lower wall wherefrom he should be able to scale the wall down to ground. 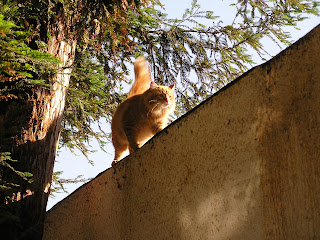 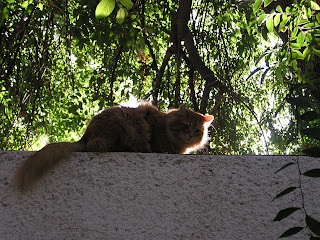 And so this was our morning excitement this Friday, which was originally named so in honor of the Norse goddess Frigg. In Old High German this day was called frigedag. To the Romans this day was sacred to the goddess Venus, and was known as dies veneris.

And today, it is associated with the divine attribute of Independence.

'...By Thee the banner of independence was planted on the highest peaks, and the sea of bounty surged, O Rapture of the worlds...'(Baha')

A restful and independent Friday filled with cat kisses to all!

Ciao!
Posted by MrsLittleJeans at 8:22 AM